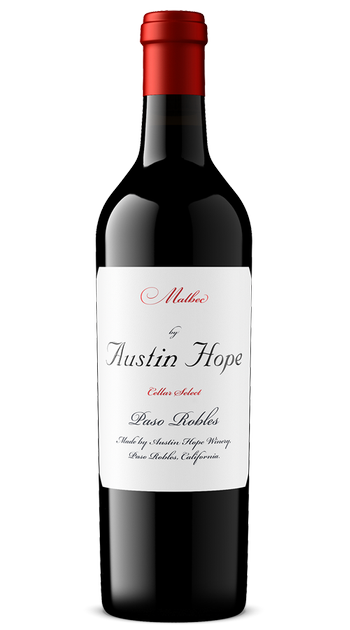 The 2020 growing season and harvest was near normal in some ways and very unusual in others. Rainfall was 12% below average with the bulk of the storms occurring in early winter and early spring. Spring frost threats were mild. Vine growth and berry development was normal through spring. Then, Summer brought relentless heatwaves that lasted for days at a time. Wildfires began erupting throughout the state and the region was inundated with smoke from fires burning both to the north and south of Paso Robles from early August through the end of September. This pattern slowed berry development. October was warm and dry, which helped to quickly mature clusters. Harvest was condensed and flurried as most fruit ripened at the same time. Yields were down by 20% but initial and thorough testing showed no damage from the smoke and very promising quality.

After harvest, the sole Malbec lot was fermented in stainless-steel tanks for 10-14 days. Extended macerations and carefully managed pump overs enhanced the extraction of color and tannin. The Malbec was aged for 9 months in 27% new French Oak, 21% twice used French Oak and 52% stainless steel. The lots were racked only once during its cellar life, with the final racking occurring to blend, just prior to filtering and bottling in July of 2021.